The mission of the City Manager's Office is to sustain and enhance the high quality of life in the Folsom community by implementing City Council policies, developing and maintaining responsive city programs and services within approved budgetary guidelines, providing leadership and motivation to city staff, maintaining and planning for fiscal integrity, and initiating and continuing strong relationships with local and regional businesses and governmental agencies.

As Folsom’s city manager, Elaine implements the policies and goals of the City Council, provides leadership for all city departments, and manages the city’s day-to-day operations. Elaine has served the City of Folsom for more than 15 years, including three years as assistant city manager and two years as deputy city manager. She has served in numerous other roles in the city, including interim assignments as community development director, human resources director, and library director. She began her career with the City of Folsom as a special projects manager.

Before joining the City of Folsom, she worked for the City of Sacramento’s city manager’s office and public works department. She previously worked for a Sacramento public affairs firm specializing in legislative projects and also for the State of California. Andersen holds a Bachelor of Arts degree in Political Science from the University of California at Berkeley, where she was a member of Phi Beta Kappa. She lives in Folsom with her husband Jay. Their two children are college students. 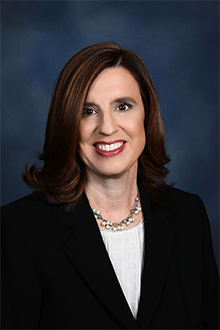