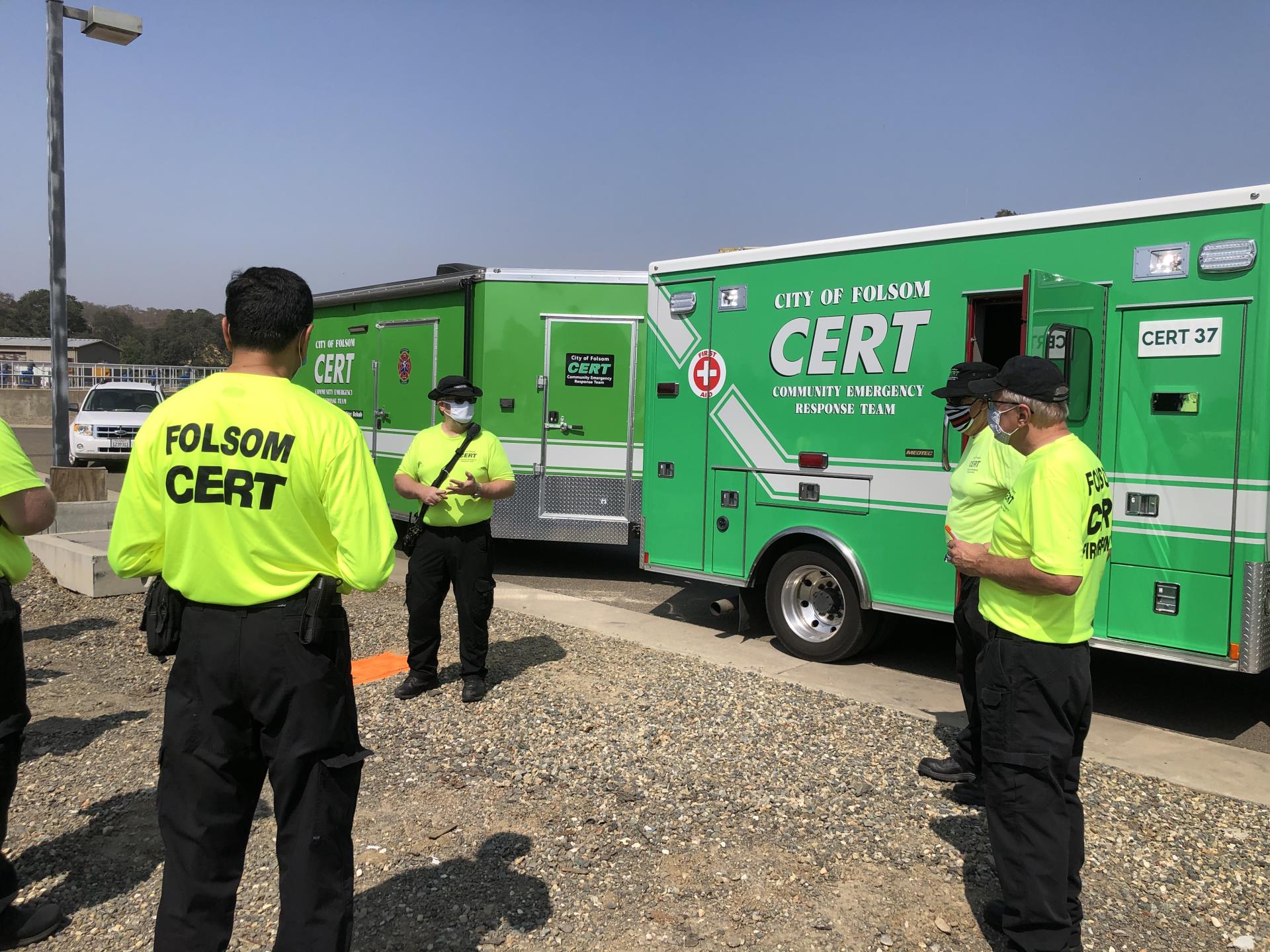 CERT offers a consistent, nationwide approach to volunteer training and organization that professional responders can rely on during disaster situations, allowing them to focus on more complex tasks.

Who Can Participate in CERT

Have you ever wondered what you would do in an emergency situation? What if you could plan ahead to mitigate the consequences of an emergency or help others that were injured? Would you like to assist first responders during or following a disaster?

If you answered "yes" to any of the questions above, the CERT program is for you!

The City of Folsom periodically offers CERT training courses. The classes prepare citizens to assist family members and neighbors until emergency responders can arrive. This includes teaching disaster preparedness and mitigation. Most importantly, our mission is to provide meaningful follow-up training and volunteer opportunities to enhance the citizen's education and the communities we serve.

The CERT concept was developed by the Los Angeles City Fire Department in 1985 after devastating earthquakes in Japan, Mexico, and California. The goal was to develop multi-functional volunteer response teams with the ability to perform basic fire suppression, light search and rescue, and first aid that would improve the ability of citizens to survive until responders or other assistance could arrive.

As a result of September 11, 2001, CERT was selected as one of the primary programs of President George W. Bush's Citizen Corps. In 2005, the CERT program became part of the Department of Homeland Security.